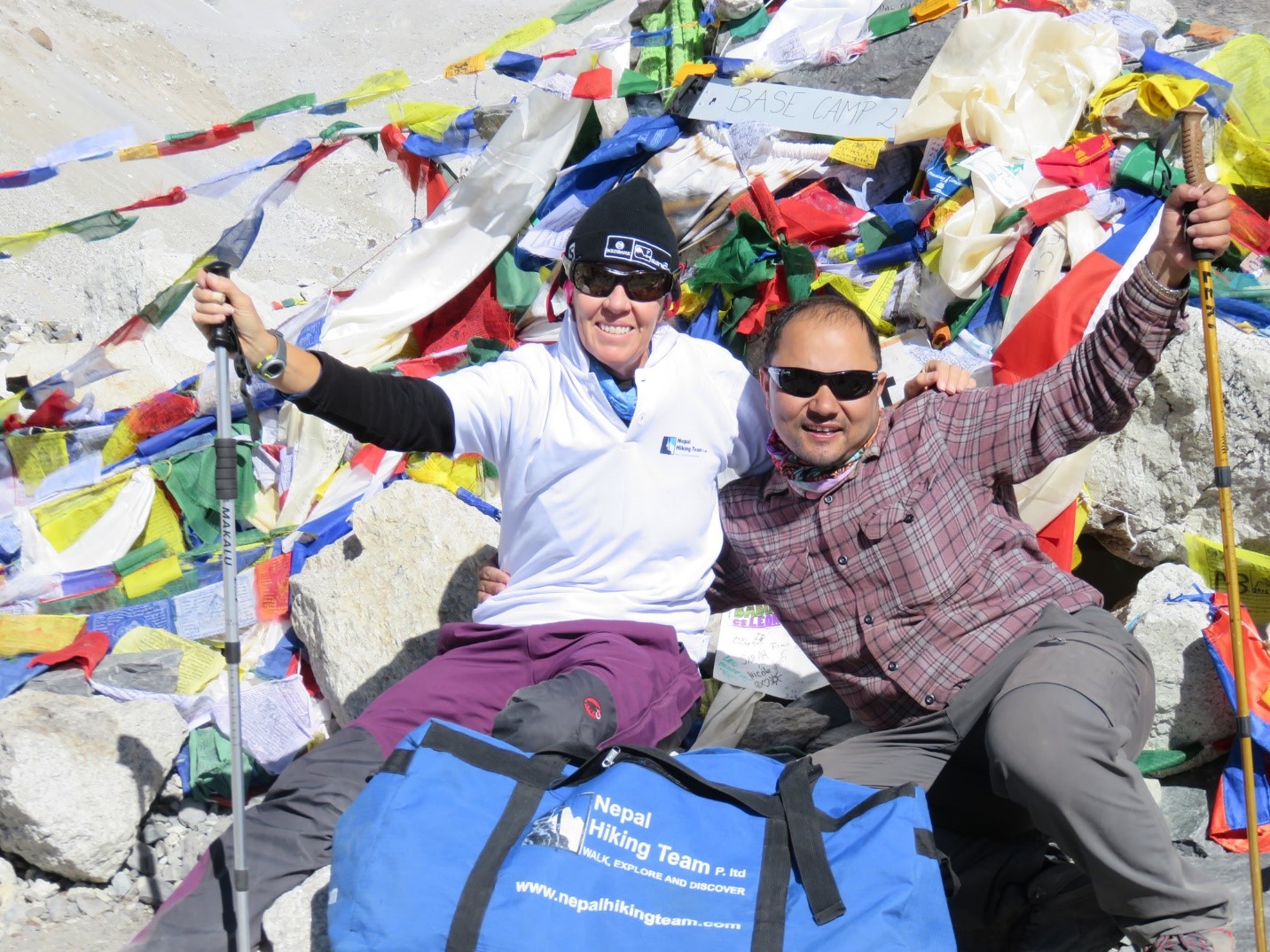 The monotonicity of everyday life can be escaped by taking a marvelous trip to the Base Camp of the world’s tallest mountain in Nepal. The journey begins from a flight to Lukla from the ever rumpus city of Kathmandu. The only metropolitan of Kathmandu is a wonderful city itself, with lots of temples dedicated to various Gods and Goddess and Cultural Heritage sites that have been listed under the UNESCO World Heritage Site list. The flight from Kathmandu to Lukla is a scenic one, and provides wonderful aerial views of the fading city and the lush forests of the hills down below. The many picturesque villages lying at the bosom of the verdant foliages are a marvelous sight, and while the plane nears Lukla, the glimpses of the mountain tops come undone, their beings like jarring pinnacles bursting out from under the silken clouds. From Lukla, a beautiful trek to Phakding commences. The Everest Base Camp Trek trail is full of the most beautiful and beguiling flora that you have ever see, the florescence touches of poppy, blooming purple foxgloves and Rhododendrons giving the trekking journey an ethereal feel to it. The trail is also accompanied by the peregrine view of Mount Kusum Kanguru. Passing though the trek moving through the Cheplung and the Jorsale village, Sagarmatha National Park is reached; which has the inclusion of the ever verdant presence of emerald green foileages in its wake. The color of the jaded woods contrast marvelously with the baby blue of the sky, and the trail passes right through this mystical area to reach Namche.

Namche is the main hub of the Khumbu region, was also a rendezvous point for merchants and traders from Nepal and Tibet in ancient times and is known as The Gateway to Everest. There are many settlements in Namche, and it provides the change of scenery of the amethyst trails to a snowy one, with opal-like snow and jarred boulders the color of frozen ceruleans in the vastness of the land. At Namche, the Sherpa Culture Museum and The National Art Gallery provides an interlude from the trek, along with a myriad of monasteries and the carvings of Mani stones that adorn the trials. There is the wavering of many colorful prayer flags as well all throughout the journey.

An easy trail from Namche leads to Phungki Thanka, a jaunt hailing the ever majestic view of Mount Everest. The trail is adjacent to the reverent Dudh Koshi, the river’s waters flowing like white pixie-dust from the hills, serpentine in its path and carrying the life essence of the land with it. The Tengboche monastery is one of the famous monasteries of the region as well, with its beautiful golden spires looming up against the iris of the sky and the periwinkle of the snow. The Everest Base Camp Trek provides an opportunity of interaction with the local people of the settlements as well, and presents a chance to visit many temples. This helps in a spiritual healing of the soul, and has aesthetics to its being.

The Summer Valley of Dingboche also has a beguiling sight of Mount Everest, Lhotse, the Ama Dablam and the Island Peaks, astronomical in scale and indescribable in their magnificent opulence in beauty.

The Trekking in Nepal Everest Base Camp trek provides a sense of accomplishment, and gives us the ever gorgeous views of the mountains and their pinnacles reaching the divinity of the sky itself. The trek has lots of brilliant natural beauty and the blend of culture and heritages that the place offers. The Everest Base Camp Trek is a charming and delightful trekking journey that helps to make the most exquisite memories.